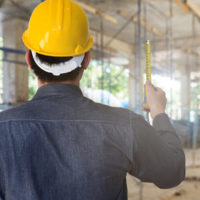 Delays in construction happen on a regular basis over the course of project development. These delays can happen for a number of reasons, leaving either party at a certain amount of risk for breach of contract or other claims for litigation. Some of these reasons include mismanagement of the construction site and project, planning and scheduling by the contractor, injuries on the worksite, and frequent change orders throughout the construction process. While the parties inherently absorb a certain amount of risk in this industry, delays can upset delivery of the final product, costing the parties large amounts of money.

An excusable delay in construction is a type of delay that was out of the control of the contractor, one which they could not prevent from occurring. There are specific excusable delays that are common to the industry, such as acts of God, floods or fires, changes by the owner that impacted the project’s timeline, as well as any errors or omissions by the owner or purchaser that resulted in the project’s delay or failure. Additionally, if the contract is very specific as to what is being constructed, either party can specify in the document any delays they find excusable or inexcusable. These types of delays are generally compensable, meaning that either party is compensated for the delay in some way, whether it be by time or money, however, if the delay is outside of the control of the party, the cost will usually be absorbed by both.

There are also a number of delays that parties find to be inexcusable, or not compensable. These types of delays are the result of one party’s action or inaction, and could have been avoided had more care been taken or attention paid to the process at hand. These types of delays include inability to perform by the contracting crew or subcontractor, poor product result, mismanagement, and failure to adhere to the timeline albeit any exigent circumstances. In any of these situations, there is generally a party who will be required to pay or provide another service in order to make up the difference. As a result, an owner may bring a claim against a contractor for actual damages, for everything from loss of profits to liability insurance and loss of equipment rental costs.

No Damage for Delay Clauses

Clauses in a contract or subcontract that state the contractor is not entitled to recover its costs resulting from delay are common. The enforceability of these clauses varies depending on the state law that is applicable. In Florida, no damage for delay clauses do not preclude claims for damages due to delay that is caused by action or inaction of the owner that interferes with or obstructs the timely completion of the work.

Do You Have a Construction Law Claim?

Construction delays are very common in the construction industry, however, some are due to the negligence of another party and should be compensated accordingly. If you or someone you know has a claim against a contractor or owner due to a delay in construction that violates the terms of your contract, contact the knowledgeable Orlando attorneys at Hayes Law, P.L., right now. We are eager to assist you throughout each step of your case.