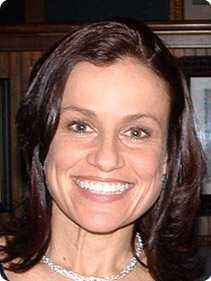 Rosemary Hayes is the founder of Hayes Law, P.L., an Orlando law firm exclusively engaged in Florida construction and commercial case matters. Rosemary Hanna Hayes has been assisting clients in construction matters for over 25-years.

Ms. Hayes has earned the designation “B.C.S.” or Board Certified Specialist in appellate law from The Florida Bar. Certification is the highest level of evaluation by The Florida Bar of competency and experience within an area of law, as well as, professionalism and ethics in practice. As of 2013, there are only 172 Florida lawyers Board Certified in appellate practice. Ms. Hayes has been responsible for more than 75-appeals in all of the state district courts, the Supreme Court of Florida, and the First, Fourth and Eleventh Federal Circuits. She has acted as lead counsel in a broad spectrum of administrative proceedings. She regularly handles complex commercial and construction issues, impact, delay and change order claims and has extensive experience in successful negotiation and litigation of commercial and construction-related insurance claims.

Rosemary Hayes obtained her undergraduate degree in finance from Eckerd College and her law degree from Stetson University. She is a member of the American Arbitration Association panel of neutrals and available to serve as an arbitrator in construction and commercial disputes before the AAA. She is a member of the Florida Roofing Sheet Metal and Air Conditioning Contractors Association, Associated Builders and Contractors of Central Florida, American Concrete Institute, the Orange County Bar Association and The Florida Bar. Ms. Hayes served as a volunteer member of the City of Orlando Code Enforcement Board and volunteer counsel to The Mustard Seed of Central Florida, Inc.

Ms. Hayes is admitted to practice before all courts of the state of Florida, the United States District Court for the Middle, Southern and Northern Districts of Florida, a number of U.S. District Courts outside of Florida, and the First, Fourth and Eleventh Circuit Court of Appeals. She is a frequent speaker and author on matters of interest to the construction industry and commercial law. She is author of several articles including Discouraging Unlicensed Contracting Can Hurt Licensed, You Say You Want an Evolution and Pay-When-Paid Clauses Undergo Change, published by the Orlando Business Journal. Ms. Hayes also wrote an article entitled Understanding Government Debarment Proceedings, published by the Associated General Contractors.